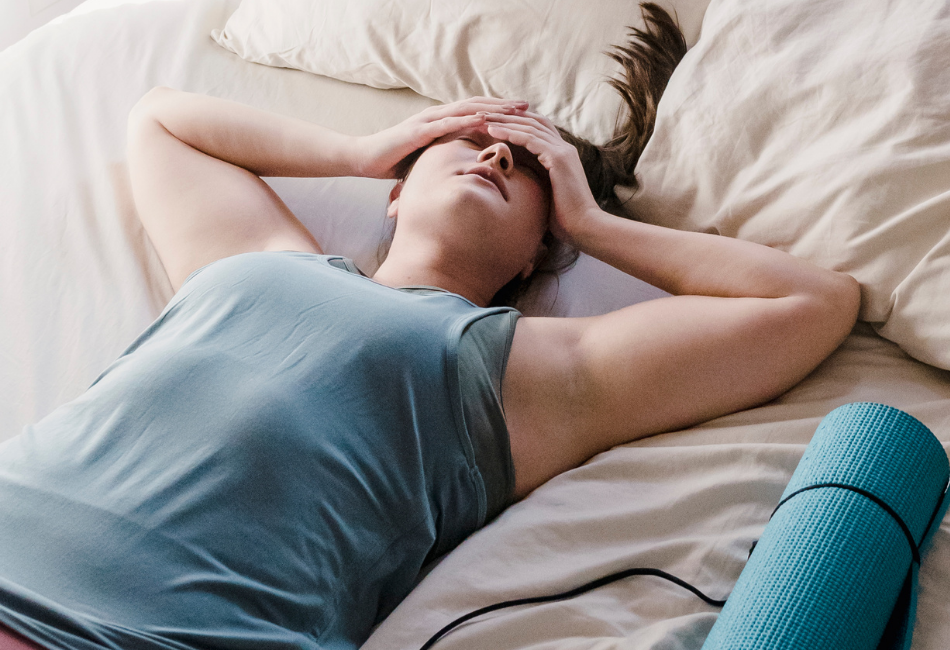 How often do you get the recommended 7 to 9 hours of sleep each night? Sleepless nights affect you mentally and physically. As a matter of fact, science has linked poor slumber with several health problems, from weight gain to a poor immune system. But that’s not all, your sleep deprivation has the potential to affect others, and I’m not just talking about a bad day.

1. It kills your sex drive

Obviously there is a huge connection between sleep and sex and it goes much deeper than the fact that both are usually done in the bedroom. More often than not, a healthy sex life will lead to better sleep health and vice-versa. If your sex or sleep is suffering, chances are that one can be improved by improving the other.

Here’s the thing, when the body becomes stressed because of sleep difficulties, the brain suppresses the production of sex hormones—you know the ones, they start with an E and a T—in favour of stress hormones. This shift in hormone levels affects not only the sex drive, but fertility as well. Plus, lack of sleep has been known to cause erectile dysfunction.

But of course, it may not be a biological matter. Obviously, when one is too tired, they’re rarely up to getting it on. Not to mention that being too tired for sex is the leading reason reported by individuals or couples who have lost interest in sex. And what a shame that is.

Sleep needs to be a priority, especially if we want to have a bit more fun in the bedroom—if you know what I mean.

It’s a known fact that lack of sleep destroys any progress you made in the gym.

In fact, a major review found that poor sleep increased the likelihood of obesity by 89% in children and 55% in adults.

Not only that, lack of sleep makes you crave food. There is a hormone in your brain, that when you sleep, releases hunger suppression signals, making you feel full and satisfied. But as soon as you cut that sleep short, as if to punish you, the brain does the exact opposite, sending signals to the hunger hormone, making you not only crave food, but all that junk that isn’t good for you.

And that’s not all, due to lack of sleep, the brain takes it a step further to punish you, making you unable to control your portion sizes. It plays a trick on you, making you think you need more than what your body needs. This is because the brain is overcompensating for the lack of battery charge you gave it the night before.

Sleep is crucial to keeping your body at an ideal weight because, without it, your brain becomes your enemy. So if you haven’t already, start thinking about ways to get to better rest, and wake up refreshed and perhaps you’ll find that your waistline has shrunk a little by little.

3. It can get people hurt

Did you know that in 2017 a report found 394 deaths a year in Australia were caused by motor vehicle or workplace injuries linked with inadequate sleep? But that’s just referring to the lack of judgment one has when it comes to lack of sleep. If the potential to kill others through mistakes from lack of sleep doesn’t frighten you, how about the ways sleep deprivation affects you internally?

Basically, chronic lack of sleep might ultimately lead to our death. In fact, the Sleep Health Foundation determined that lack of sleep caused 3,017 deaths between 2016 and 2017 through the following:

That is 1,323 deaths from heart disease because of lack of sleep!

A recent study suggests that even one night of sleep deprivation causes cells to age faster than usual in older adults and in the end. I mean, drinking water, wearing sunscreen, and getting a facial every now and then can only take your outward appearance so far. In fact, a recent study found that the skin’s ability to perform at its best was undermined with poor quality of sleep. It’s impressive that those who slept well were able to recover more efficiently from skin stressors like inflammation, redness, moisture loss, elasticity loss, and the ability to repair minor damage that may incur from sun exposure.

Essentially, lacking quality rest weakens the skin’s ability to repair itself during the night. If your skin can’t repair itself, it can cause you to look older than you really are.

As it turns out, getting the right amount of sleep is more than just skin deep. With more consistent sleep at the recommended number of hours, sleep can help you look and feel younger. Plus, resting provides your brain with the opportunity to renew itself and perform at its best. This means finding a way to get to slumber and wake up refreshed in the morning should be priority number one.

5. It can ruin relationships

Sleep deprivation affects your mood, making you more irritable, angry, frustrated, and sad. Essentially, lack of rest is a huge culprit in mood disorders, such as depression and anxiety. As such, your emotions are thrown way out of whack. When that happens, the part of your brain that ties emotions to memories don’t function properly. This can lead you to overreact or not notice someone else’s emotions.

Essentially, when we don’t rest, we have a very short fuse. This causes us to overreact to situations that normally wouldn’t bother us, and we become frustrating to be around. So the next time you find yourself easily rattled, think about how you’ve slept for the past few nights.

The simple realization may be that you’re missing out on precious sleep and need to fix it. Otherwise, you might find yourself having unnecessary arguments with your significant other.

If you’re too tired to do anything, you can’t be productive. But here’s the catch, when your productivity suffers, so does your performance. When you can’t focus on the task at hand, the quality of your work takes a hit, and your boss or your clients are going to start to take notice. Then what happens? A write-up? Or worst, you could be let go. And no one wants to lose their job due to lack of rest.

Plus, sleeplessness causes you to become sick more often. When that happens, you have to call out more frequently. Then guess what? You’re in the same predicament as above.

7. It can impair your judgement

Last but not least, lack of rest impairs judgement. In fact, research has shown that bad sleep can influence your decision-making. A study published in the journal SLEEP found that sleep deprivation impairs one’s ability to integrate emotion and cognition to guide moral judgements.

In fact, in recent history, there have been numerous earth-shattering accidents caused by sleep-deprived operators making human errors: the meltdown at the Chernobyl nuclear power plant, the grounding of the Exxon Valdez oil tanker, and the explosion of the Challenger space shuttle were all partially caused by excessive sleep deprivation, which led to faulty decision making.

Don’t be the one to make the next world-tragedy because rest wasn’t made a priority.

You need to rest

Tell you what. To help get you started, you might want to think about a weighted blanket.

Weighted blankets help improve slumber by calming the mind and lessening stress. Choosing the right weighted blanket for you can be difficult because there are so many different kinds out there.

That said, our kuddly blanket is high-rated and high-quality. It’s definitely worth checking out.

0
Your Cart is empty!

It looks like you haven't added any items to your cart yet.